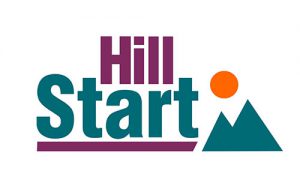 Nutritionist and diet advice in Lichfield

Jan had been trying to lose some weight for a few years, her weight yo-yoed because the only way she knew was to eat less if she wanted to weigh more.  Since being retired Jan said she had lost a lot of her energy, she felt tired in the day and lacked motivation to do much, she also had difficulty sleeping and thought this was why she was so tired during the day.
When I analysed her food diaries it soon became apparent that she was barely eating in the day, but then eating too much in the evenings as she was so hungry.  She was also spending a lot of time at home during the day but was relying on jars and frozen meals even though she said she enjoyed cooking.  Her nutrient balance was poor, and she was simply not getting enough calories.  This was a challenge for me as she had previously reduced calories to lose weight and so was resistant to increasing them.
We had a two-pronged approach, initially to get Jan to eat three meals a day, but increase her fruit and vegetable content, get more fibre into her diet by substituting white bread and rice, and try to get more variety, along with giving her more energy so that she could get more active.
Jan was happy to try new things, but had got herself very much stuck into a rut of eating the same things day in day out, the first thing we did was make sure she had a healthy breakfast, to get her energy up, this was not something she was used to but after a few days she told me she actually started to look forward to her overnight oats! She was diligent in completing her daily food diaries, which made it easy for me to make recommendations to improve her overall nutrition, the changes in her were amazing.  She went from eating one large evening meal and the odd unhealthy snack, to three healthy meals and one snack each day.  Her fruit and veg intake has increased dramatically, she has cut down on her caffeine and drinks more water.
Jan now sparkles with energy, and where she previously sat at home for large portions of the day, she is now out and about, she walks into town to meet up with friends regularly and has joined a local ladies gym.  She often cooks new meals and will send me images, or ring me for advice when shopping, what’s lovely is her partner Jim has also embraced the healthier eating and sent me an image of his dinner the other day!   Because she is more active in the day, and her eating is healthier and spread throughout the day she has also noticed a dramatic improvement in the quality and quantity of sleep.

Jan’s comments:
Initially I was a bit sceptical about the changes that Wendy recommended and the confidence she had that my health and sleeping would improve from changing what I ate.  But she was right!
We spoke weekly, and we would set a new challenge or goal which was a fun and easy way to make changes, just something like trying a new fruit, or having a glass of water with my lunch instead of a cup of tea.  I now realise that all these little changes and challenges have added up to quite a big change in my overall diet, but it didn’t feel like it at the time.  Wendy would sometimes message me in the week to congratulate me if I’d had a good day, cooked something different for dinner or tried a new food, it was nice to get the support and encouragement.
I don’t feel like I am on a diet, but I’ve lost weight (and inches), what’s more important is I’ve got lots more energy and am really enjoying my retirement.  I still want to lose a bit of weight, but it is coming off slowly and I know that I’m doing it the right way rather than just not eating, which is what I did before. Oh, and my skin, which used to be quite dry, is much better – Wendy tells me it’s from eating better food!

Listen to my Ditch the Diet podcast